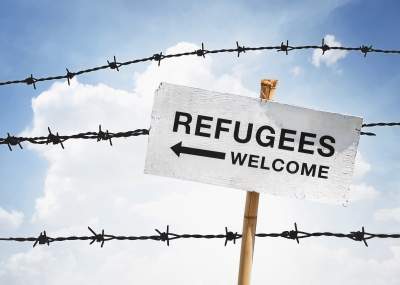 Civil Society Europe has released an open letter to policymakers in Europe:

Europe is no stranger to conflict, war and famine and in the recent and distant past huge numbers of its inhabitants have had to flee their homes seeking safety.  Today, hundreds of thousands of people see Europe as a refuge as they flee war and misery to avoid danger and death.

We are proud that many European citizens along with civil society organisations are currently active in all countries to welcome refugees.

The European Union and its Member States claim that Human rights are central to the European project. They have an obligation to make decisions about, and to put in place, a collective commitment to welcome these refugees so as to provide them with a future worthy of the sense of humanity of which we are all a part, as well as meeting legal obligations to provide asylum, which Europe once took the initiative in defining.

While some European governments have started to view the challenge facing us in this light, many others are giving in to the worst reactionary populism, flirting with racist sentiments and xenophobia, and sheltering behind identity politics.

Our politicians, governments, and the European institutions that will be meeting in the next few days have a duty to commit openly, directly and with practical measures, in order to assist the refugees seeking shelter in our midst.

We should be collectively responsible for the challenges that our society faces.  Individual citizens, their associations and organisations and political leaders alike should all embrace the values of solidarity this situation requires. Solidarity is our strength!

You can read the original document here.

Image courtesy of winnond at FreeDigitalPhotos.net.